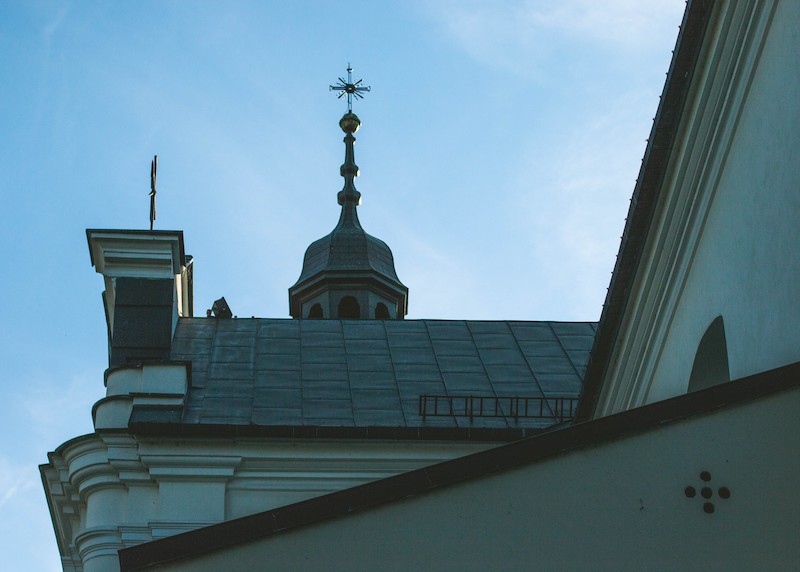 The church smelled of high deism in late autumn.
Spare architecture, austere and utterly decent,
tinged with muted hues from the East.
Bouquet of grasses, pale flowers,
table symmetrical with candles,
and a square pipe organ array
under a reasonable white cornice.

Words spoken there were shaped
like the warmth of friendship and community circles,
but the living thoughts within the words—
begging to draw me with them
upward through sweeping vaults and then higher
through a sky-deep spire, and then yet higher—
instead found the corners of the flat ceiling, traveled
sideways within themselves,
dropped again to the pews,
dissolving back into the shapes of the words that raised them.

A favorite granddaughter had died—fresh shadows
in a grandfather’s graying heart.
He spoke of it there,
and life and death itself
within those broken words trembled out
and rose into the space,
found the corners of the flat ceiling,
fell back,
and the priests spoke
the shapes of the words.

The words had become the people who spoke them,
and I found I did not like them.
They were strange—
strange as I am to myself—
now twice alone.

We ate a meal together.
Our words were of landscapes,
grape salad,
white-water,
red-rock,
hunger

Conrad Martin loves words for their ability to create deeper awareness and experience of life through connection between minds and hearts.