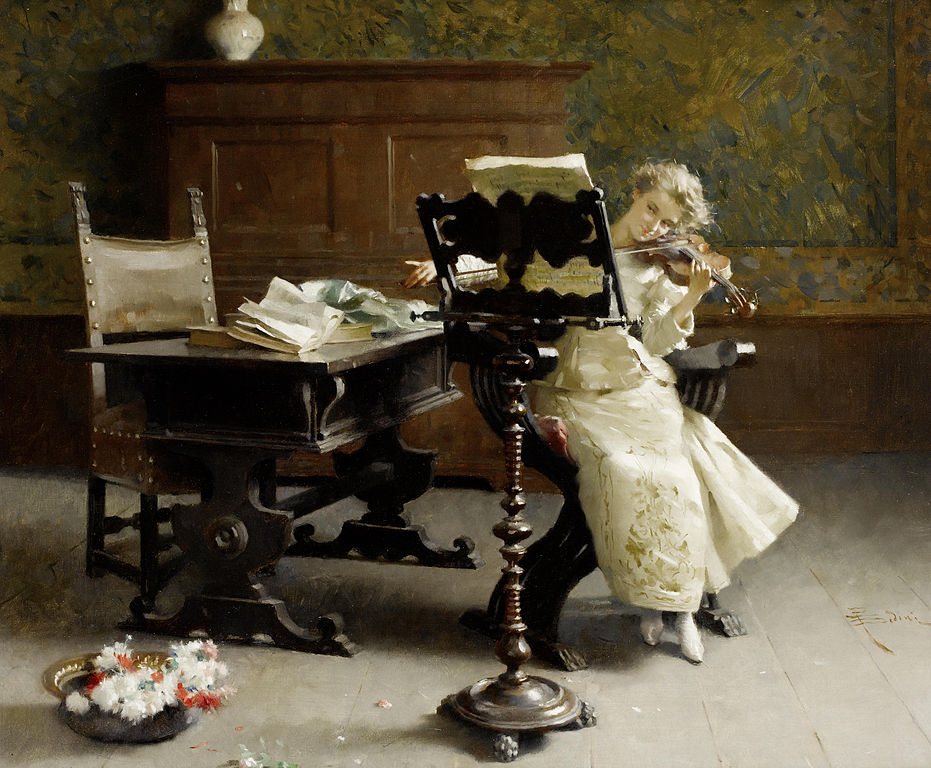 Let us praise our Maker, with true passion extol Him.
Let the whole creation give out another sweetness,
Nicer in our nostrils, a novel fragrance
From cleansed occasions in accord together
As one feeling fabric, all flushed and intact
Phenomena and numbers announcing in one
Multitudinous ecumenical song
Their grand giveness of gratitude and joy,
Peaceable and plural, their positive truth
An authoritative This, an unthreatened Now
When in love and in laughter, each lives himself,
For united by His word cognition and power
System and order are a single glory
And the pattern is complex, their places safe.

W. H. Auden’s poem “Anthem” is a concise and joyous recognition of the beauty of reality—each element seamlessly interwoven into one whole, yet retaining its unique nature and fullness. In a short opening sentence, Auden calls the reader to praise the Maker—the One in whom and by whom all things exist. And this activity of praise is the means by which we live this unity. His next sentence extends to the end of the remaining thirteen lines and invites all creation to converge in a grand anthem of living and conscious coherence: “a single glory.”

Auden’s poem employs no rhyme, but his words roll easily from the tongue, with alliteration and assonance that lend the lines music and power. “When, in love and laughter, each lives itself” is especially lyric (line 11), and other lines compete with it for alliterative beauty: “grand givenness of gratitude” (8), “one feeling fabric, all flushed” (5), “peaceable and plural, their positive truth” (9). Though not strictly metered, these words fall into pleasant rhythms which vary from line to line.

The poet’s opening invitation to extol the Maker “with true passion” indicates that there may be other and inferior ways to exalt God (1). Considering the poem’s theme of total unity, these may include living without congruence or recognizing only one aspect of truth, which leaves one unable to bring a tribute of true passion. But there are ample reasons for genuine adoration, as the subsequent sentence unfolds.

The poet calls for a “novel” fragrance (3), “another sweetness” (2), in apparent contrast to the creation’s previous expressions. A “nicer” sweetness has fine and subtle nuances (3); it celebrates the distinguishing features of each created thing and each facet of truth. This new and better aroma rises from “cleansed occasions,” ones that are in accord with reality. These weave “one feeling fabric,” sentient and whole, “flushed and intact,” full of connection to life (5).

The poet goes on to cite “phenomena and numbers” which joins with “flushed,” “announcing,” and “one” to create a series of /uh/ and /n/ sounds (5-6). These two words encapsulate reality, with phenomena representing immediate experience and numbers representing the realm of abstractions. Another way to read them would be to read “phenomena” as being those things which are observable, and “numbers” pointing toward infinities (6). These boldly combine “in one multitudinous ecumenical song,” comprising a harmony of unity out of diversity (6-7). The song announces each thing’s “givenness”: its singular essence, its intended nature, its being—fully and simply itself (8).

The theme of this anthem is “positive truth,” central and triumphant, and creation sings it with abandon, with “gratitude and joy,” grateful for existence and individuality, joyous in its goodness (8, 9). This “givenness” is both “peaceable and plural”: both harmonious but multi-faceted (8, 9). The positive truth named in line 9 is further described in 10: “An authoritative This, an unthreatened Now.” Reality and its meaning are absolutes—nonnegotiable and impregnable; reality is accessible and present. Each thing that exists “lives itself” in “love and laughter,” (11) expressing in warmth and in joy what it has been created for.

This elation in authenticity is possible only because creation has been “united by His Word” (12). In the Creator, “cognition and power” combine; intellectual understanding finds its place with practical efficacy (12). “System and Order”—both the intricate structure and the parts well-ordered—meet in a “single glory” (13). This is no static or mechanical organization, no simplistic arrangement of dry maxims, but a live dance of interconnectedness and beauty. Coordinated by His hand, all things fit into a complex pattern—an exquisite masterpiece in which each thing safely retains its proper place.