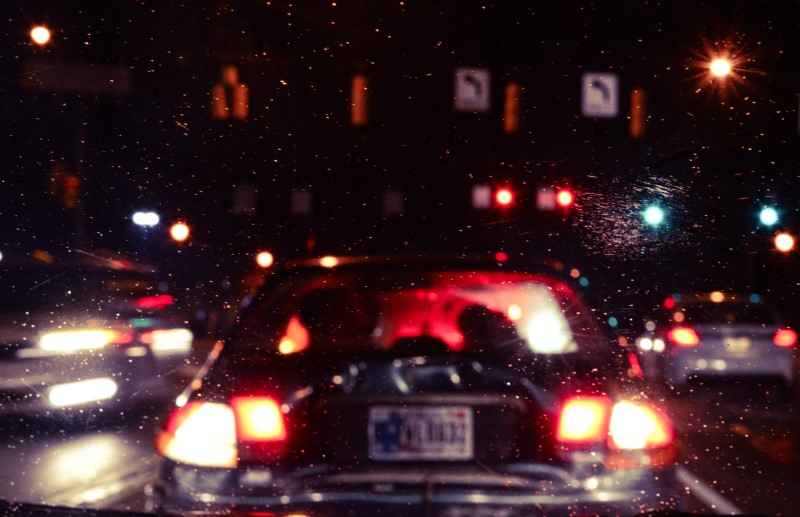 Though he lay me down
To better rest, by tipping back my seat
There to right of him,
Mine is a guilty sleep.
I hear the rain beat down,
And trucks roar past, and slumber overcomes
The watch I meant to keep.
So when the van drifts off
As he drifts off to sleep,
We both wake up and fill the final hour
With banal and dogged chatter
Well within the lines
Of wakefulness and turnpike
Until we bring the children
To our welcomed home,
Unbelt them, give them water,
And tuck them next to pillows.

Ours is a well-earned sleep.

Sheila is a Pennsylvania housewife who shares love, laughter and the hope of the resurrection with her welder husband, Michael, and their eight children born from 2007 through 2019.