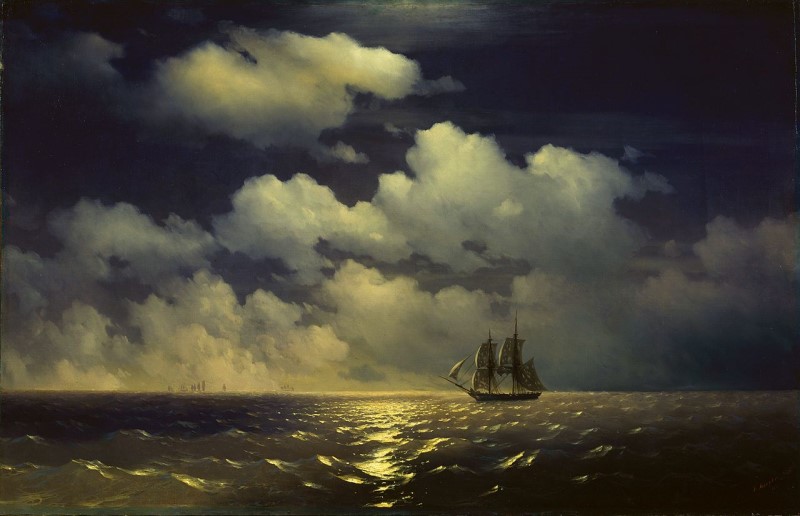 The Melting of a Poem

“Like a piece of ice on a hot stove, a poem must writhe on its own meaning.” —Robert Frost

(I got it wrong; he wrote “ride,” not “writhe.” Whatever. Writhing is a livelier form of riding. And that really is the way I heard it the first time I encountered the quote—at least there was that edge of a moment before the more obvious interpretation settled.)

My next thought, after meditating for about three seconds on the happiness of these misunderstandings, was of Frost’s highly memorable poem “Fire and Ice.” This famous poet has plenty of poems less warmly pastoral than “Stopping by Woods on a Snowy Evening” or “Birches,” and this poem is clearly on the chilly side—all Frost and no Robert.

Some say the world will end in fire,
Some say in ice.
From what I’ve tasted of desire
I hold with those who favor fire.
But if it had to perish twice,
I think I know enough of hate
To say that for destruction ice
Is also great
And would suffice.

Savor the hiss. The bite. The evisceral extremes. And what a luxury of rhyme! Ice. Fire. (Entice. Entire.)

I can’t take it too seriously of course. The end of the world is far too big a thing to think about for me. And what if life ends up being bigger than the world anyway? I’m sure Frost would agree. Probably he was just having fun with words.

But all I meant to say is this: this metaphor of the piece of ice on the hot stove. What does “rides on its own meaning” mean?

And at this point I google “like a piece of ice on a hot stove, a poem must ride on its own meaning,” (because I had ideas what it meant, but wondered if anyone else had wondered before me) and discover that I got it wrong not once but twice—though perhaps it was quoted to me wrong. It’s “melting,” not “meaning.” This adds another layer to my endeavor here, but it doesn’t alter the overall melting of the quote that much. Either way, the outcome looks like becoming some sort of puddle.

I had meant to say that “a poem must ride on its own meaning” means that a poem introduces not only its own interpretation but also its own paradigms—it is supported upon itself. It redefines words and gets by with it. The answers it gives to its questions are inarguable, because the question is of a piece with the answer. It owns the questions. A poem is like a little universe unto itself. That is a distressingly elitist position for a poem to take, but grant us a moment of restful hyperbole.

Because it isn’t really about question and answer anyway. In many poems there is a seamless unity of mood or image which precludes the clean mental partitioning necessary in “making a point.” An image has no point—it is the point. A piece of ice has never lost an argument. What does ice mean? It means nothing—everything—it means itself—it just sits there on the hot surface of your mind and means.

A poem is more image than argument, but it is not a literal image—it uses words, and words are mini arguments—connections to other images which can be apt or inept to the intention. Poems can be critiqued. In a way in which a piece of ice means nothing, a poem must mean something. And this point is actually closer to the intention of Frost’s metaphor. Reading “The Figure a Poem Makes,” the essay in which Frost’s ice metaphor melts, it seems he is aiming more at the fact that a poem indeed has a meaning, than that its meaning is uniquely its own.

So a poem is a self-contained image which nevertheless accepts the responsibility to mean something outside of itself. It is both of these things, because it is not static. Its ending is different from its beginning—it becomes. The flow is itself the meaning. It takes an image or encounter and follows itself through words into another and larger encounter. More than a mirror for fact, and less than a system of meaning, it is a third thing between image and thought—an awakening of meaning. The mysteries of simple facts fall into the light of words, where we taste them, and speak them to each other.

I had seen a bird flying many times before, but when I heard Emily Dickinson say:

“and he unrolled his feathers,
and rowed him softer home—
than oars divide the ocean,
too silver for a seam,
or butterflies, off banks of noon,
leap, plashless as they swim”

then I knew I had not quite seen a bird flying before. Or else, that I would never quite see it again. I knew that something had changed.

Beauty hurts. Perhaps there is a passing away inside the becoming new.

I heard “writhing” when he said “riding.” I am sometimes thankful for the gift of poor hearing. But actually it isn’t so difficult to see how I may have expected to hear this, and thus heard it. These mistakes are often happy ones. Poetry is mostly this kind of mistake.

Between inner expectation and outer reality emerges novelty. Between an imposition of order and the resistance of randomness emerges creation. Either without the other is death. “Chance and Fate have met together, Curved and Straight have kissed each other.”

There is no formula for writing poetry. The search for the right words is a releasing of the mind to trackless exploration, and it brings home a tale of many happy accidents. One of the ways rhyme can improve poetry is through offering it a narrowed set of allowable words, forcing the poet to search further afield for a sensible phrase. Would Dickinson have thought of “too silver for a seam” if she had not been trying to rhyme with “swim”? And is there not another intriguing suggestion in hearing “seam” as “seem”? A universe with none of this kind of chance could have none of this kind of depth.

Physicists tell us that root physical reality is not deterministic, but probabilistic. A nanoparticle event is not exactly a thing, but the chance of a thing. Continuity and order awake in the macro scale, as a billion probabilities cohere to precision. To keep from suggesting that neural events may be nano enough to feel this indeterminacy, I hasten on past, to say merely that I find it highly gratifying to mark a common theme, and take it as analogical support for a positive view of chance.

I have intimate experience with this interweaving of chance and purpose in another realm. I love doing full-page doodles in black pen on clean white paper. The result is never foreseen, but also never purely random. I have less an idea of what I want than a feeling (sometimes oddly localized in my upper back) of what I might do next. And sometimes when the design has become too predictable, I have stopped, given the pen to a friend, and told them to make a random scribble upon my creation. They do so (a little too happily, I worry), and it looks terrible and I feel heroic and brave. Then I begin to fix it, adding lines to blend it into a new unity, always respecting the chaos, and something better emerges. Always.

There is an obvious moral in this, related to the problem of evil, which I should leave you to make for yourself. Don’t jump off the hot stove. Stay in your puddle.

3 thoughts on “The Melting of a Poem”