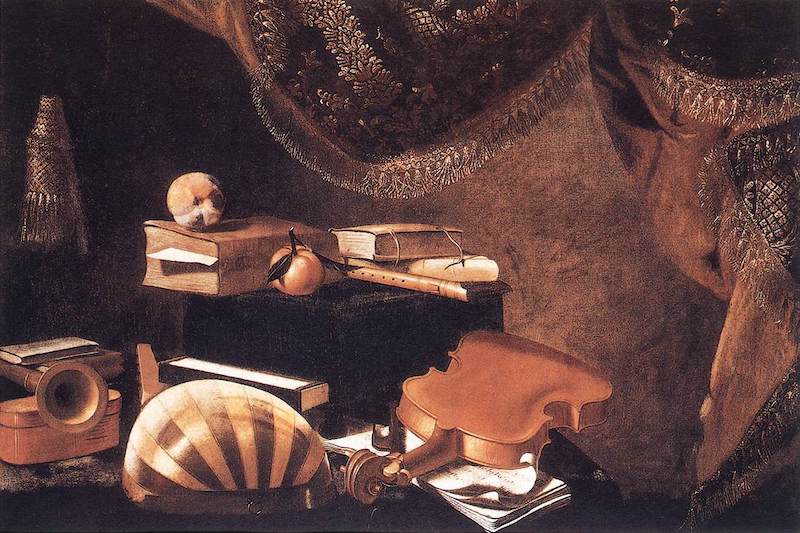 A Jester, a Jab, and a Blessing

The Jester (the Fool) is free to play with words, ideas, and the world precisely because he is a fool. Not being burdened by great claims to education, writing experience, or intellect, I am what fits me most nearly, and in such liberty I write. This loose-hinged creativity is liable to a great deal of critique, and of course the Jester is always in danger of the king’s wrath. When I have written in the past–usually assignments I dragged forth from the recesses of the mind for my professors–I found that the grueling process of accepting criticism from others, editing, and rewriting took a good bit of humility. One professor marked up an essay with the casual statement, “I know you can do much better than this.” I was unprepared for the resentment that leapt into me, but propriety bore my flushed face back to my desk. And while I wrestled over her casual dismissal, I also knew that I desperately needed someone to tell me that being merely clever wouldn’t produce great writing.

Ironically, it seems that when a writer is personally attached to an idea or attempting a sense of cleverness or writing from an especially painful or thrilling experience, they are more likely than not to produce generic and cliché writing. In another time and place wrote Oscar Wilde: “All bad poetry springs from genuine feeling. To be natural is to be obvious and to be obvious is to be inartistic.” Having stumbled across Wilde’s cryptic objection to sincerely bad writing I muddled over this idea. The quote grants a certain complaint about writing that reminds me of why I rarely feel inclined to write anything but journal entries. They are the last word in natural, obvious, and inartistic, and they always spring from genuine feeling. Possibly the strength of whatever emotion I am under appraises me to the belief that the right feeling is present within the words set down on the page, for many of our best ideas walk in without knocking and overstay their welcome. This dilemma has the highest profile with the kind of experiences common to many people and the kind that lend themselves to flashes of intense emotion. Nature, death, birth, love, the inability to write (why is that such a popular subject anyhow), worship, psalmish poems. I get it. Not being overburdened with the writer’s call myself, I mostly desire to like writing when on a walk in a wild fall or when moved by my own inadequacies as a human or when confronted with an age old wisdom.

I looked for the context of this quote with a good deal of doubt. Oscar Wilde is richly endowed with stinging one liners and mouthfuls of sardonic observation, but it is difficult to tie him down with context since most of his remarks live unto themselves. Notorious for irony, Wilde ought to be evaluated in light of what we ourselves know. His point is not going to be a face value understanding of what he has written or even the exact opposite i.e. the best poetry springs from deep and genuine feeling allowing the writer to be excessively artistic through avenues both natural and obvious. This idea requires consideration. For one thing, it is not unnatural or defenseless to have thought that genuine feeling would produce good writing. We prefer that our reading material come from writers who were invested in their ideas. “Writers with a burden would be more useful than writers with talent,” said a sibling of mine in exasperation over a talented burdenless bit of writing. Does not enthusiasm for a subject or for writing give the length of ardency needed to connect an audience to the idea? But ardent feeling is not literary skill and can blind us to our unadmitted strengths and true weaknesses. Perhaps it is useful to think of enthusiasm as the thing that moves the scribbler to become the writer and the skill as the hard work to make that thing attractive to the audience.

Good writing requires something out of the reader, writing is not passive entertainment, but a good writer must lead the reader into the written. A common difficulty with poetry arises when a writer writes on a subject that is a common experience and therefore tends to rely on the experience of the reader to fill in. This happens easily enough, often the writer unconsciously calculates what they expect the reader will “get.” On the other hand, it is also problematic to explain the idea of a poem in the poem itself. There is no intrigue in reading a poem that explains to you what it is. Somehow, the writer wrestles to create a mental landscape that the reader can explore and delight themselves in without either informing the reader what it is they are exploring or frustrating them past the point of all enjoyment. How then shall we write?

“Good writing shocks its audience” pontificated a professor of mine once. Settling his feet on the library table and his complacency back on his nose with a shove at his cloudy glasses, Classmate X detailed his idea for a particularly shocking movie script that he felt touched the palate at the right place. “You see there’s this girl who’s being led to her eternal destiny by the devil and she’s defending why she murdered this guy and committed suicide because of her traumatic childhood.” Shock also has limits to its charm and its originality. In fact, sometimes in search of originality writers become pedantic to a sorry level. Editors and friends and writing counselors stress this bit about originality. Originality is the shibboleth to prosperity and popularity in the writing world. In a desperate attempt at originality it is easy to sound both ludicrous and exactly like all the other current writers scrambling to sound original in the new and particular way…you know…like the ones on Instagram with beautiful photography. “Find your own voice,” admonish others. “People may connect to your exposition of the truth better than to the exposition of other people.” says the Lynn. “You may be able to say it better for your own era or community, or maybe you can be the first to evaluate your era according to a particular truth.” There are all these crisp unmarred apples out there. Originality is difficult. It is far easier to copy someone else’s originality than to stumble into your own lesser heritage.

It was in finding my own heritage that I adopted the psychological exercise of representing myself to myself as a Fool. Taking cues across the span of the literal presence of Shakespeare’s Fools to the abstract archetypal Fool in histories and story and allowing myself the freedom to try things and accept failure or not failure as it comes is a bold task. “The willingness to be a fool is the precursor to transformation,” articulates Dr. Jordan Peterson. The fool motif precedes that of the savior, indeed, it may even be necessary for growth.

3 thoughts on “The Jester: A Jester, a Jab, And a Blessing”