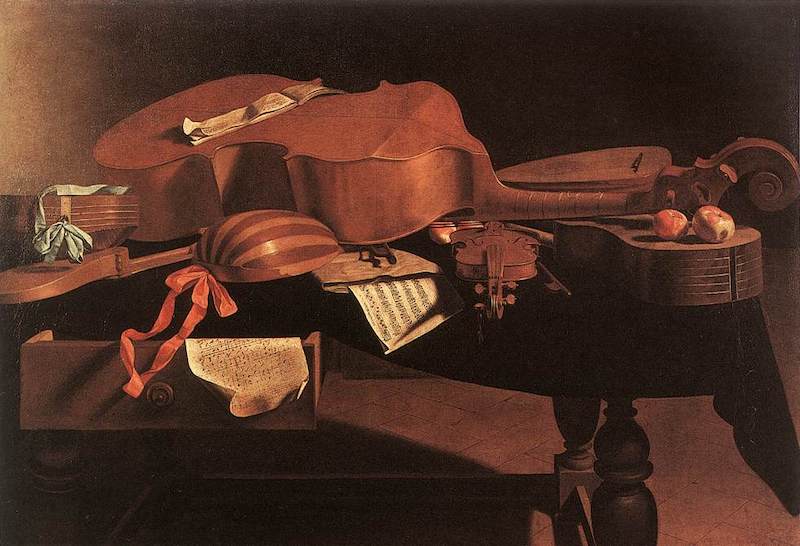 There is this something in us all that wants to feel different, wants to feel better than the hodgepodge of thoughtless humanity crowded around us on all sides. We want to feel that we are original, important and altogether a “somebody.” And so, as the light of God’s goodness shines on us, we see our own shadows, looming larger than life, and would willingly bow to worship them.

I was just reading The Wise Woman by George MacDonald. (If you haven’t read it, you might as well just go do it. It isn’t long.) In it he depicts two very different intractable children whose natural self-importance is left to grow unchecked till they love nobody but themselves. MacDonald then shows how a wise woman tailored the children’s circumstances to best help them see their ugly selves. He records the choices that they made in response to that seeing and shows how it affects others in their lives.

As I was led through the tale of the two girls, their vices, and their lessons, I became deeply aware of a hollow place inside me mirroring that of Agnes. Not that I would be so contemptibly self-congratulating. But in my innate attachment to my own safety and comfort, I can subtly put myself at the center of my universe, which is a fearsome place to exist in. A place that cramps the soul even in its virtues and outrageously limits it by fear. Pride keeps one silent in the face of opposing opinions and inactive on the verge of opportunity. It is no friend of light, but twists truth continually back toward oneself in ever narrowing circles until it is no longer truth at all. But humility is gloriously free, because it knows that oneself is not the center. It is as giddily bright and as recklessly joyful as the dandelion who cares not where it grows or how, just so that it may ever see the sun. It is always the secure person that can afford to be humble. While the insecure person may appear less self appraising, he is in fact the prouder of the two for all his self-focusing insecurities: “It is the humble man who does the big things. It is the humble man who does the bold things” (G.K.Chesterton, Pride, Vanity and Humility).

Only a deep knowledge of our littleness can give us the worldview of boundless joy, gratitude, and extravagance. Humility then, is to dare to struggle with God, holding Him with our bared soul-hands. Allowing Him to both consume and expand us into prophecy, boldness, and greatness itself. Because only in humility can we find the strength of mind to grapple with God and prevail. Kierkegaard, in Fear and Trembling, when telling of the greatness and humility of Abraham, says,

So He who holds all things and our own thoughts within Himself invites us to hold all this enormousness inside our tiny being in a lovely struggle and an inevitable explosion of identity; this holy struggle may never be attempted in the smallness of self-centeredness.

Then, whether I have been more like wretched Rosamond or contemptible Agnes, I cannot help but see my own rottenness exploded everywhere into the light. Rosamond frustrates me because of her spoiled, blatant pride. But as I follow the two girls, I find that, in the end, she who appears more obviously awful, learns more easily than she who has deceived her own soul into thinking she is good enough as is. Kierkegaard said, “much of life’s meaning depends not on external conditions, but on our internal choices about relating to them.” The moment one is able to embrace a bold humility through right responses life becomes both more and less personally terrifying; inexplicably full of goodness and brimming with radical critique of all that is false, self-serving, and circularly inward about us.

However, a focus on humility can in itself be circular and self-defeating. If one allows oneself to focus on “not being self-focused” one again finds oneself at the center of oppression, peering closely at a fistful of evaporated freedom. And so we are again compelled to return to what the mind-hands hold.

If one holds glory, it will be so all-absorbing that there will not only be no room for self-focus, but there will also come into the soul a peculiar kind of self-value beyond what mere pride can bring. For in wrestling with deity one discovers high dignity, purpose, and meaning. Holding glory, as an offering back up to the Father of Light, is not as blithe and easy as it could be made to appear. It is battle, exhaustion, trembling, and yes, even fear. (Although fear is cast out as the Love comes in.) It is Jacob, knuckles locked into a stubborn hanging on, all through the long night. It is you, soul-cupping something more powerfully searing than a live cable, and bursting at the seams because of it. You, bursting in all the right places into something beyond yourself, into the gift given back to the giver, into humility.

So, holding Light, becoming it, and seeing it where we least would expect, we learn to recognize that the crowd around us is not the hodgepodge of humanity that it appears. Rather, it is small pieces of the person of God, wrapped in the creative form of His spoken word, called flesh. It is a vast variety of chosenness and potential. Thomas Merton said it eloquently in his work New Seeds of Contemplation:

I have the immense joy of being man, a member of a race in which God Himself became incarnate. As if the sorrows and stupidities of the human condition could overwhelm me, now that I realize what we all are. And if only everybody could realize this! But it cannot be explained. There is no way of telling people that they are all walking around shining like the sun. . . I suddenly saw the secret beauty of their hearts, the depths of their hearts where neither sin nor desire nor self-knowledge can reach, the core of their reality, the person that each one is in God’s eyes. If only they could all see themselves as they really are. If only we could see each other that way all the time. There would be no more war, no more hatred, no more cruelty, no more greed. . . But this cannot be seen, only believed and ‘understood’ by a peculiar gift.

And so, at the close of the tale of The Wise Woman, I think about Merton and his sun-people; about Agnes, who being the highest thing in her life sank continuously downward into complete degradation; about being a “somebody” and about the last-shall-be-firstness which I had subconsciously interpreted to mean, that the lower one’s view of one’s self is, the better. I look at the sun until it hurts my eyes and I realize that I’m still inwardly wanting the firstness that my perceived lastness brings—still wanting specialness, significance, and a definite place in the universe. I look at my empty, physical hands and realize that the even realer hands of the soul can never be empty. They grasp automatically and it is up to us to guard what the mind-hands hold, up to us to struggle from the comfort of smallness into the pain of humility. Our choice is between a self-defeating self-focus or the blindingly beautiful worth of Merton’s sun-people. No, what is more, of Jesus’ sun-people, all split open by the glory of wrestling long with God. A choice that, though chosen rightly a thousand times, is never finished, and never old.

Phoebe Anthus is a stubborn artist with her head not so far into the clouds that she can not notice the solid, sensible things as well.