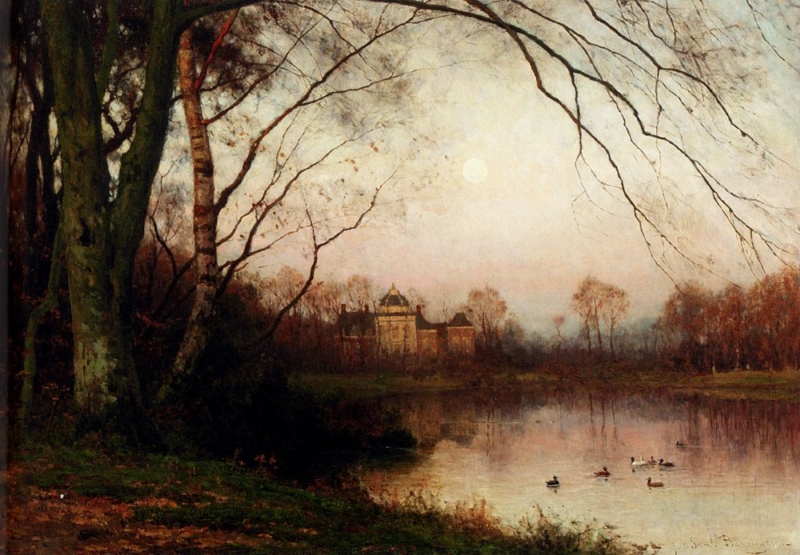 Tolkien and the Green Knight

A Review of the Gawain Poem, Part I

I first encountered Gawain and the Green Knight during Bible college. I remember scrounging time between Wednesday evening choir practice and prayer service to read through it as fast as I could, barely grasping what the story was about. I wasn’t interested in Arthurian stories back then, because Lancelot and Guinevere’s betrayal was so painful that I found no pleasure in the shape of the legend.

I missed the Gawain poet’s hints that Camelot had become a second, Christian Eden. (The story of Gawain’s adventure with the green knight takes place within this paradisial period.) And so I also missed the opportunity to re-frame Guinevere’s disloyalty as a recapitulation of the Fall, and the ensuing quest for the Grail as emblematic of Christ’s redemption.

But I’m not sure I would have cared. The two colleges I attended were an ill fit for me, and I found them both ineffably depressing. Moreover, Gawain (as I discovered later) is meant to be read in a lighter frame of mind. I’ve never believed in reading poetry out of duty—it seems a betrayal of the higher poetic calling of delight—and this undelighted experience did not make Gawain my poetic friend.

More than fifteen years passed before I tried the poem again. I used to sit in a café and write in the afternoons, and I listened to audiobooks while I drove there and back. At the time, I was listening to anything I could find by Tolkien; and I found he had translated Gawain.

I recall the sunniness and wintriness of the afternoon I began the poem. Christmas was nearing, and nothing could have been more appropriate—because the poem, which is a story about one of Arthur’s best knights, opens on a Christmas feast in his court.

This king lay at Camelot at Christmas-tide
with many a lovely lord, lieges most noble,
indeed of the Table Round all those tried brethren,
amid merriment unmatched and mirth without care.

It is one of the best feasts in literature. I sat in the car and listened, while my precious café time passed unnoticed. By that time, I well understood the uses of such a scene, thanks to the exquisitely homely Christmas chapter in T. H. White’s The Sword in the Stone.

IT WAS CHRISTMAS night, the eve of the Boxing Day Meet. You must remember that this was in the old Merry England of Gramarye, when the rosy barons ate with their fingers, and had peacocks served before them with all their tail feathers streaming, or boars’ heads with the tusks stuck in again—when there was no unemployment because there were too few people to be unemployed—when the forests rang with knights walloping each other on the helm, and the unicorns in the wintry moonlight stamped with their silver feet and snorted their noble breaths of blue upon the frozen air. Such marvels were great and comfortable ones.

My husband and children and I had listened to that chapter together the previous Christmas. I discovered then that nothing as good as Christmas can be fully enjoyed in the moment, but rather needs review to complete the full bestowal of its gifts.
To fully enjoy Christmas in the moment, I find you need divinity to descend and imbue the particularity of your own little feast with the universality of The Christmas Feast; angels must enter you in the wine and send your feet dance-mad and make you live a poem for a few moments. (Just ask Brother Heinrich, the legendary monk whose discovery of the carol In Dulci Jubilo is so delightfully rendered in John Rutter’s musical fable!) And that can’t always be had for the asking.
Failing angelic inspiration, there is always the slow human path of rediscovering the universality of Christmas within your Christmas memories.

Philosophers tell us that Men have two kinds of mental power. The first power is “sensitive” (remembering our experiences belongs to this category) and the second is “intellectual” (remembering the meanings of words belongs to this category.) No wonder poetry is so difficult, since it weaves together such different kinds of thought.
Present experience gives us the lowest of the sensitive powers—immediate sense-perception. With perception, we experience what is immediately around us, in the moment.

Memory gives these perceptions to us again, rescued from the backward rush of time.

But imagination gives these perceptions and memories to us a third time, transformed. It finds the universal within the particular, abstracts it, recombines the parts, and gives us our experiences refashioned in strange and wondrous guise.
To illustrate this: let us abstract from candles the flame, and from Men the face.
One poet’s imagination will imagine candles with faces. When the flame dies, the face goes to sleep; when the flame is lit, the face wakes up and begins to speak. It’s a magical, if somewhat frivolous, image.

But another poet’s imagination may combine them differently. Imagine that in a certain land, there are Men who walk about with flames in their chests, instead of hearts. And what if a Man’s life depended upon not letting that flame go out? Now we have an image of grace.

Christmas memories, stories, and poetry can make Christmas better, not because they sweetly lie to us about reality, but because they complete an important cycle in our access to that reality. Thanks to this cycle, that within us which craves what is beyond time can find it within time.

Gawain on audiobook caught my fortunate imagination unawares that wintry, sunny afternoon. The stinking, steaming, teeming street in front of me retired a few steps, while the vision of an enormous, laughing, oddly-colored elvish warrior crashed into my mind, just as he crashed King Arthur’s Christmas Feast.

hardly had the music but a moment ended…
when there passed through the portals a perilous horseman,
the mightiest on middle-earth in measure of height,
from his gorge to his girdle so great and so square,
and his loins and his limbs so long and so huge,
that half a troll upon earth I trow that he was…
and all his features followed his fashion so gay in mode:
for at the hue men gaped aghast
in his face and form that showed;
as a fay-man fell he passed,
and green all over glowed.

The smell of the air seemed to freshen and change with the intrusion of avenued and pollarded pine-forests, and spicy fire-roasted meat.

Boldly they blew the prize, amid the barking of dogs,
and then bearing up their venison bent their way homeward,
striking up strongly many a stout horn-call….
…to Gawain he called,
announced the number by tally of the nimble beasts,
and showed him the shining fat all shorn on the ribs.
‘How does this play please you? Have I praise deserved?
Have I earned by mine art the heartiest thanks?’
‘Yea verily,’ the other averred, ‘here is venison the fairest
that I’ve seen in seven years in the season of winter!’

The music of those words! The translator is one of those poets who make the heights of skill seem effortless. Never one to seek sophistication where true nobility could be had, Tolkien eschewed the trendy bland and neutered practice of free verse in his own poetry. (Vers Libre was, after all, a tired, century-old French post-enlightenment experiment by the time Tolkien became a poet.) His poems are robust for, as he most impressively demonstrates in his delicious Tom Bombadil poems, Tolkien could rhyme and rhyme with syntax to spare.

They turned down Maggot’s Lane, rattling and bumping,
Tom in the farmer’s cart dancing round and jumping.
Stars shone on Bamfurlong, and Maggot’s house was lighted;
fire in the kitchen burned to welcome the benighted.
Maggot’s sons bowed at door, his daughters did their curtsy,
his wife brought tankards out for those that might be thirsty.
Songs they had and merry tales, the supping and the dancing;
Goodman Maggot there for all his belt was prancing,
Tom did a hornpipe when he was not quaffing,
daughters did the Springle-ring, goodwife did the laughing.

In Gawain, this masterful rhymer took up the sister-art of alliteration with similar genius. And he found a kindred spirit in the Gawain poet, who (as Tolkien tells us) wrote alliterative verse in the old style well after most of the English-speaking world had abandoned it in favor of rhyming poetry. The man who sat upright in his newly English-mass Church and stoutly shouted the responses in Latin must have been stirred at the thought of that nameless old poet’s fealty to a discarded tradition.
Tolkien renders the poet’s songful language lucidly and with attention to the origin and history of his own words. We almost find Middle English reconstructed in the carefully-chosen collection of modern words through which Tolkien renders Gawain.

Memories how old; stories how often enriched and bettered; imagination with what purity nurtured and to what delight employed—Gawain isn’t simply a poem about Christmas, I understood. It is is a poem for Christmas. It is a jewel for the imagination to put on at Christmastime.

I finally read Gawain in print (using Tolkien’s translation again) when I recently participated in the first of The Curator’s literature seminars. Having met the poem first in the bitterness of grinding duty, and second in the surprise of freedom and delight, I met it for the third time in freely-chosen pursuit of disciplined analysis.

It was only then, after I began to see past the beauty and the fineness and nobility, that I noticed the really amusing nature of the story contained in this poem.

To be fair, Tolkien points some of this out in his introduction to the poem. Listen to it or read it once, and you won’t be able to take the depiction of Gawain’s moral dilemma as a sermon in verse. This is not entirely a Joseph and Potiphar’s wife situation; it is more tongue-in-cheek. It is for the proverbial choir that needs not the preaching.

But on the second read-through I noticed the amusement even more. Not just my own or the author’s, but the downright hilarity of the characters. Except where Gawain is traveling in the wilderness (miserably, and between Christmases) and except where the poet goes into minute detail about the right way to butcher slaughtered game, there is constant reference to the characters’ mirth, jesting, play, merriment, gaiety, sport, bliss, delight, and laughter. Using my Kindle search function, I counted nearly 150 instances of these words.

This is what most piqued my curiosity after all the rest had been experienced. Clearly, mirth is a theme in Gawain, but how close does it bite to the poet’s meaning and intent? Counting uses of a word will not give us the answer to a question about meaning. Understanding is needed.

In my next installment, I’ll dig into my analysis of laughter and mirth in Gawain. There’s plenty of meat to be found there; but in the meantime, how about giving the grand old men a read-through? Or better yet, a listen-to? It’s so much more fun comparing impressions when we both know the poem in question.

Until then, a very merry Christmastide to every reader.

Alana K. Asby is a wife of 16 years, a mother of three, a homeschooling autodidact who also did hard time in Bible college, and an avid and devoted amateur philosopher of the language arts. She is also the founder and Head of Vulgaris Media, a populist publishing company for traditional readers and writers, as well as its non-profit arm, The Academy of Inventive Literature, an informal consortium of writers pursuing fine literature along traditional lines. She also runs free writing challenges with available critiques at her personal blog, Slow Literature.